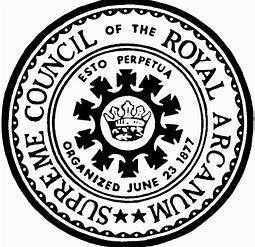 William S. Grimwood, Sr., of Canfield, Ohio, formerly of Brookfield & Hubbard, Ohio, passed from this life on Tuesday, May 26, 2020, while a patient in Select Specialty Hospital, of Boardman, Ohio, following a period of declining health. He was 90.

William was born in Smithfield, Pennsylvania, on June 11, 1929, a son to Chester & Nellie (Walters) Grimwood.

He worked as a railroad train dispatcher for Conrail Corporation, of Youngstown, Ohio. His career began in 1952 and he dedicated 33 years to the company until his retirement in 1985.

He was a member of the Royal Arcanum Republic Council #2197, from 1952 till 2020, where he was a past officer. In his spare time, he enjoyed listening to Country Music, playing a round of golf, and bowling. In addition, he loved watching both the Cleveland Indians and Browns.

He was preceded in death by his wife, Gloria Grimwood; by his daughter, Cynthia J. Grimwood; and by his siblings, Mary Jane Melhorne, and Robert Grimwood, Sr.

Private services will be observed and he will be laid to rest with his family in Calvary Cemetery, Canton.

As suggested by his family, memorial contributions can be made to your local Humane Society.

Coordination of this tribute for Mr. Grimwood was presented by Daniel Briceland, Owner & Director of Briceland Funeral Service, LLC, of Brookfield, Ohio. (330-509-3135)

To send flowers to the family or plant a tree in memory of William S. Grimwood, Sr., please visit our floral store.