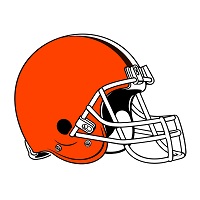 Roger Allen Stowers, II, of Brookfield, Ohio, passed from this life at home on Sunday, June 12, 2022, following a short, but intense battle with cancer. He was 54 years old.

He graduated from Brookfield High School in 1986 and furthered his education by attending both Grove City College and Youngstown State University.

Roger had worked in Quality Control and Shipping & Receiving for almost 20 years at Roll Forming Corp, Farrell, Pennsylvania. He took pride in his work and loved his work family.

He enjoyed playing poker and watching sports on TV. Roger admittedly was an avid Cleveland Browns & Cavalier fan. However, watching Drew play basketball was what he loved the most.

He is survived by his mother, Barbara; his uncle & godfather, Jerry Piehuta, of Brookfield; his favorite cousin, Shannon (Joseph) Toth, & their son, Drew, of Sharpsville, Pennsylvania; numerous second cousins; and James, his cat.

He was preceded in death by his father; aunt, Beverly Piehuta; and his grandparents.

Special thanks to all of the coworkers, caregivers, friends, and family who helped him and his family during this difficult time.

As suggested by his family, memorial contributions can be made to the Shenango Valley Animal Shelter, 2599 Broadway Rd., Hermitage, Pennsylvania 16148, or a charity of your choice.

Coordination of this tribute for Roger was presented by Daniel Briceland, Owner & Director of Briceland Funeral Service, LLC, Brookfield, Ohio. (330-509-3135)

To send flowers to the family or plant a tree in memory of Roger Allen Stowers, II, please visit our floral store.

A Memorial Tree was planted for Roger

Join in honoring their life - plant a memorial tree