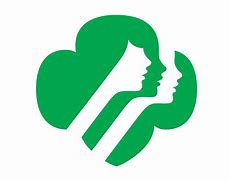 Mary Ann Worley, of Brookfield, Ohio, in love with her Savior, went home to Heaven on Friday, December 11, 2020, at 9:19am. She died from complications caused by Alzheimer’s and even though she was forgetful, she knew her Lord when He came for her.

She was born on November 30, 1931, in Sharon, Pennsylvania, a daughter to Carl and Luella (VanHorn) Diefenderfer. However, she was raised by her grandparents, Daniel and Minnie (Keeley) Diefenderfer.

She was a 1950 graduate of Sharon High School. When World War II ended, she met and married her husband, Isaac “Skeeter” Worley. They were married on January 13, 1951, and remained united for 39 years until he passed in 1990.

As a Den mother and with her husband “Skeeter”, they were involved in The Cub and Boy Scouts for many years. She also served as an Assistant Girl Scout Leader in Brookfield.

Mary Ann was very involved through the years with the Hubbard Church of the Nazarene, where she faithfully served her Lord in many different roles. She was also previously involved with Central Christian Church in Hermitage, where she served faithfully. Later, as she declined with Alzheimer’s disease, when she heard an old hymn, she would often begin to sing it to the Lord.

In addition are cousins, Charlotte Miller, of Sharon, Walter (Linda) Miller, of Hermitage, Debbie (Butch) Sackett, of Hubbard, Ohio, and Patty Miller, of Brookfield.  There are also numerous nephews and nieces.

Preceding her in death are her husband; siblings, Harriett Kelley, Pauline Fabich, and Carl Diefenderfer; and cousin, Howard Miller.

A special thanks is extended to the Ohio Valley Hospice, especially to Mary Kay, Tammy, and Theresa, for their wonderful care.

Expressions of sympathy may be left for her family at: www.bricelandfuneralservice.com

To send flowers to the family or plant a tree in memory of Mary Ann (Diefenderfer) Worley, please visit our floral store.