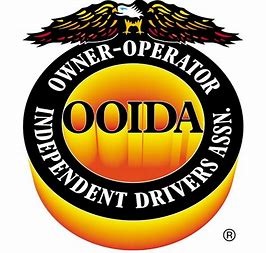 Clifford G. Fowler of Brookfield, Ohio, passed away on Tuesday, June 2, 2020, while a patient at Sharon Regional Hospital, Sharon, Pennsylvania, following an extended illness. He was 72.

He was a 1966 graduate of David Anderson High School, Lisbon, Ohio, and had worked as a self-employed truck driver for 44 years before he decided to step out of his rig for the last time.

Cliff was a Life Member of the Owner-Operator Independent Drivers Association.

In his spare time, he enjoyed reading, going to flea markets and yard sales, attending tractor pulls, and watching NHRA Drag Racing. He was proud to have raced at the Quaker City Drag Strip in Salem.

He was preceded in death by his parents.

A celebration of life service will be held at a later date.

As suggested by his family, memorial contributions can be made to the Brookfield Township Fire Department, 774 State Route 7, NE, Brookfield, Ohio 44403, in honor on their exceptional care during Cliff’s illness.

Coordination of this tribute for Mr. Fowler was presented by Daniel Briceland, Owner & Director of Briceland Funeral Service, LLC, of Brookfield, Ohio. (330-509-3135)

To send flowers to the family or plant a tree in memory of Clifford G. Fowler, please visit our floral store.

Family to do services at later date