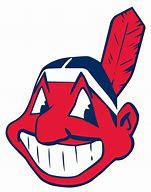 Bettie Sue Christman, of Brookfield, Ohio, was welcomed into the loving arms of her beloved Robert, as she went to her Heavenly home on Thursday, August 11, 2022, while a patient at O’Brien Memorial Health Care Center, Masury, following a period of declining health. She was 78.

“Sue” as she was affectionately known, worked as a beautician for the former Fink’s Beauty Shop, Warren, Ohio.

She was a member of the Brookfield United Methodist Church, where she participated in the Charlie's Angels Sunday School Class. She was also a former Girl Scout Leader.

In her spare time, she enjoyed cheering for the Cleveland Browns & Indians. She loved spending time with her family, especially great-grandchildren. However, and most notably, Sue could best be described as a social butterfly. She always made you feel loved whenever and wherever she would see you. She will truly be missed.

She was preceded in death by her parents; husband; an infant son, Timothy Michael Christman; and brothers, William & Robert Lee Weaver.

A time of gathering in honor of Sue will be held on Sunday, August 14, 2022, from 3-5 PM, in the home of Briceland Funeral Service, LLC, located on the historic green at 379 State Route 7, SE, Brookfield, Ohio 44403. She will be laid to rest in the Lordstown Cemetery.

Expressions of sympathy may be left for her family at www.bricelandfuneralservice.com

Coordination of this tribute for Mrs. Christman was presented by Daniel Briceland, Owner & Director. (330-509-3135)

To send flowers to the family or plant a tree in memory of Bettie "Sue" (Weaver) Christman, please visit our floral store.

A Memorial Tree was planted for Bettie "Sue"

Join in honoring their life - plant a memorial tree